A downloadable game for Windows

Steam keys are provided with purchases.

Adios is a cinematic first-person game about sticking to a complicated decision.

You're a pig farmer in Kansas. It's October. Cold, crisp mornings are the norm, and you have decided that you're no longer okay with letting the mob use your pigs to dispose of bodies. When your old friend - a hitman - arrives with his assistant to deliver another body, you finally screw up the courage to tell them that you're done.

Your friend doesn't want you to stop. He knows that there's no such thing as quitting, so he'll try to convince you that you're making a mistake. You spend the day together, doing chores and exploring the nooks and crannies of an authentic environment in the American Midwest alongside the man who will be forced to kill you, if he can't convince you to stay.

How you respond will determine the rest of your life.

In order to download this game you must purchase it at or above the minimum price of $17.99 USD. Your purchase comes with a Steam key. You will get access to the following files:

Reply
The Cool Game1 year ago
Reply
zenplace41 year ago(+4)

Did I see a "Fools" poster on a bedroom wall in the trailer? Is this the "Fools" from Boston? Are you from the Boston area, or just a fan of the band? In the early 80's, my band - The Mirrors - had the same agent, and played gigs together. Awesome group... they were one of my favs to hang with.

Did you use blueprints?

Hello, is there any chance for a Release on other Platforms like PS4/5?

Nothing to say at this point

Anything at this point???

It's going to be available on Switch soon. We don't have an estimated release time because we've never done a Switch release before, but we've submitted it to Nintendo and we're waiting to hear back. Beyond that, it's always been available on Xbox (and we're patching in support for Play Anywhere, so if you buy it on Xbox or Windows Store you'll be able to play it on the other store as well). We won't be releasing on PlayStation since the cost to do so just isn't worth it for a small two-person studio like us; talked to a bunch of other devs and indie support on PlayStation seems to be lacking. We can't even justify the cost of a dev kit right now.

Totally understand and I appreciate the response, best of luck with whatever comes next!

This is one of those games that will stick with you. Beautiful, thank you.

Thank you for playing.

What game engine is used for the game?

Are there nay plans for a Linux version ?

Only two of us are actively working on the game, so unfortunately we cannot commit to a Linux version and maintain both PC and Xbox versions. :(

Thanks for the response regardless. Count me in for a purchase if you're able to do so down the road.

I'm on Linux - I bought the game here, then used the Steam key and played through Steam Proton without an issue. If that's an option for you, it might work!

It's an option but I have plenty of Linux native games on my wishlist that get priority over my money. 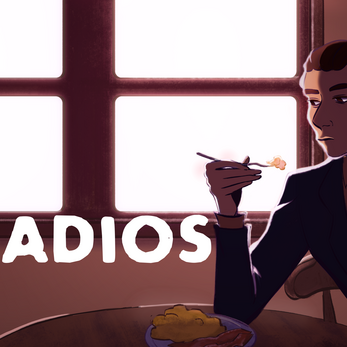